The 124 Spider is actually the product of Fiat purchasing the rights to Mazda’s MX-5 platform (and basically sharing the development costs).  It’s a nod to the classic Fiat of the sixties and seventies, but with a very sporty update.  The Abarth component is actually Fiat’s performance division (much like AMG within Mercedes and HSV within Holden). 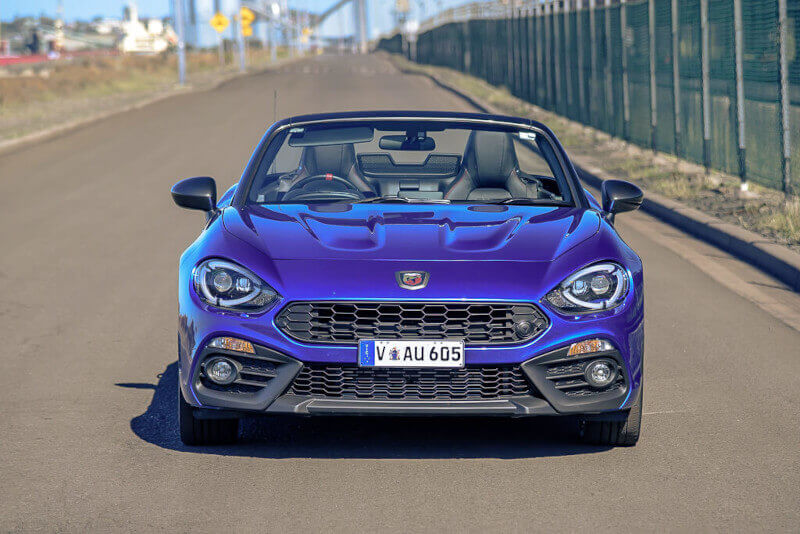 So how does the 124 differ from Mazda’s ever-popular MX-5, considering they’re built with almost identical technology?

The answer is not a great deal when it comes to driving capacity.  Mazda in Japan makes both, although the 124 Spider is designed by Fiat and given its Italian flair.  The chassis, major suspension geometry, and some of the drivetrain (things like the clutch and gearbox) are pretty much identical between the two cars. The six-speed manual is the same as that of the MX-5, as well as the rear axle, front suspension arms, and most of the underbody.

In terms of power, the 124 is endowed with a 1.4L turbo-charged four-cylinder engine.  Sure, this only produces 7kW more than the non-turbo 2.0L engine in the MX-5, but most critics agree that the extra torque contributes to a firmer and more flexible ride, especially when this car is let loose on the open road to really move through each gear.

It’s all about looks

The big change is in the way the 124 looks, despite being almost exactly the same underneath.  This car is for drivers who want modern reliability on the road but need to turn a few heads with a unique machine.  The elongated bonnet harks back to the original Fiats while sleek, Maserati-like curves frame the sides and back. 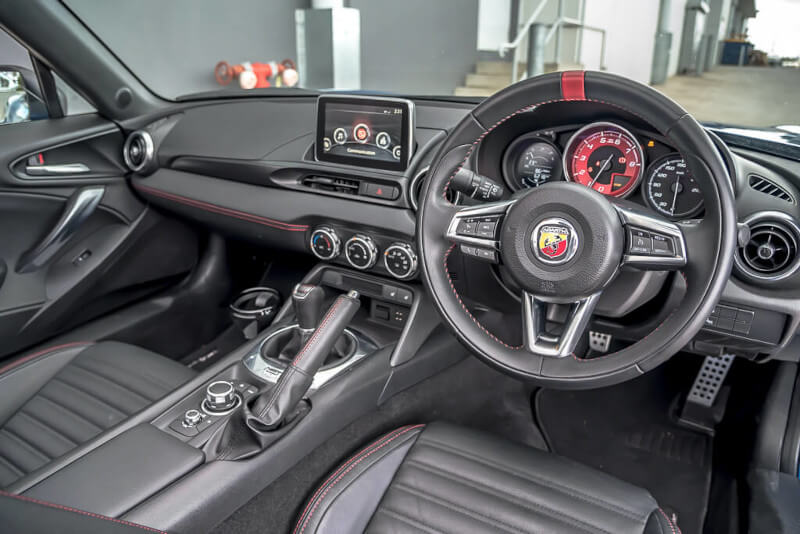 Despite looking completely different from the MX-5, the 124 does share much of the brand’s infotainment offerings.  Abarth has retained Mazda’s fantastically intuitive MZD Connect multimedia interface system.  Thanks to this platform, a range of built in apps offer up to date entertainment and navigation capabilities.  There’s also a nine-speaker Bose audio system, which doesn’t let the wind drown out its sweet tunes.

This car stands out because Abarth itself is uncommon.  Also, the 124 is the strangest mix of modern sports car and classic auto you’re likely to see.  Indeed, many critics aren’t completely sold on the car’s bloated body and outdated-but-not-quite-classic design.  Then again, it does catch the eye.

This car stands out because Abarth itself is uncommon. Also, the 124 is the strangest mix of modern sports car and classic auto you’re likely to see. Indeed, many critics aren’t completely sold on the car’s bloated body and outdated-but-not-quite-classic design. Then again, it does catch the eye. 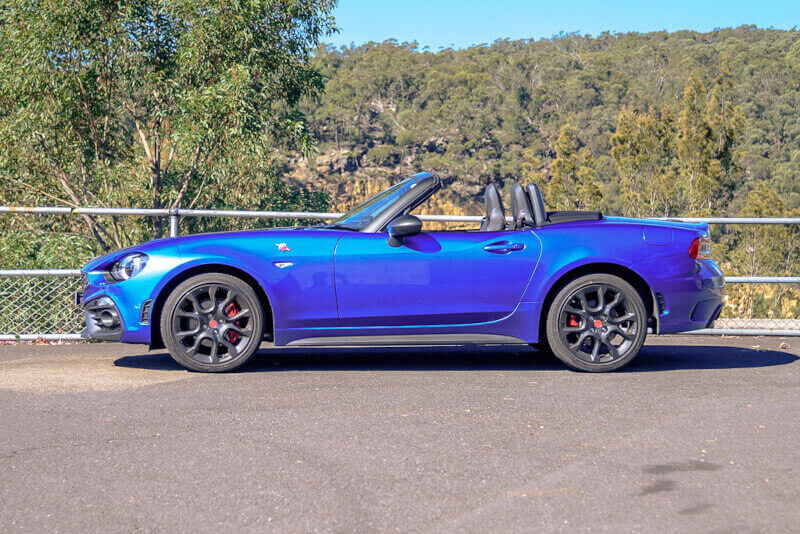 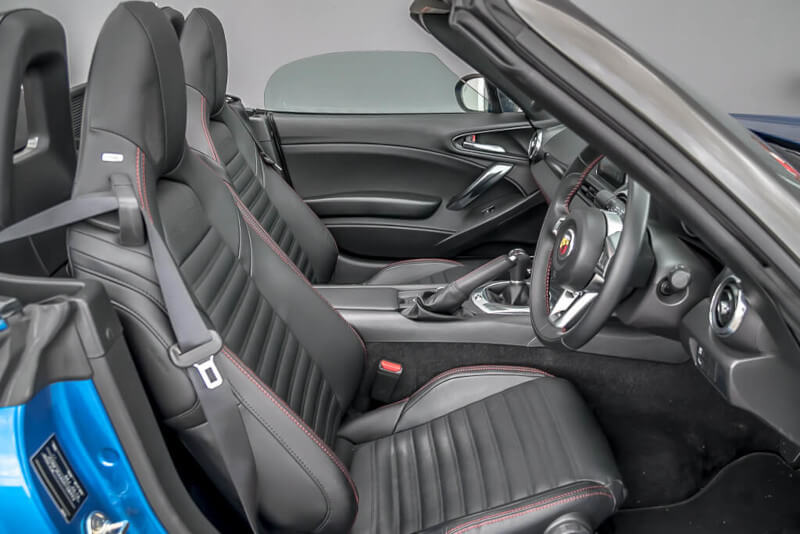 Want to find out more about Abarth 124?